The USS Pampanito is a submarine that was used in World War II.  Visitors can tour the historic vessel which is docked at Fisherman's Wharf in San Francisco USA. 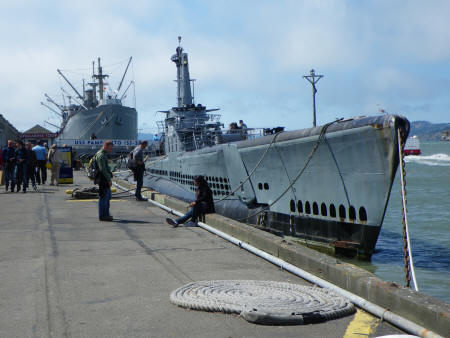 The SS Jeremiah O'Brien (seen in the distance) was one of the warships used in the 1944 D-Day invasion of Europe.  It too is open to the public.