Alcatraz Island is a small island in San Francisco Bay located just 1.5 miles from the San Francisco USA mainland.  It has served as a military post and a prison.  Today, however, it is popular tourist destination.

The first prisoners held on the island were Civil War prisoners, back in 1860.  Famous prison inmates have included such characters as: 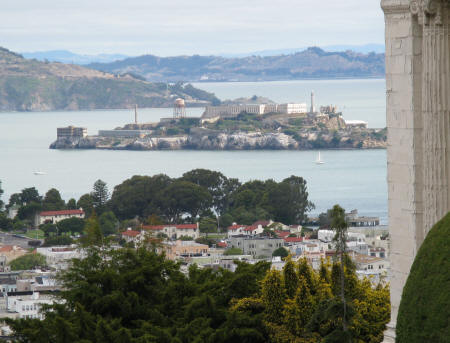 The Island of Alcatraz has been featured in a number of movies including "The Rock" starring Sean Connery and Nicolas Cage.

A ferry service operates from Pier 33 in San Francisco to Alcatraz.  Due to its immense popularity, however, tour reservations should be made weeks in advance.